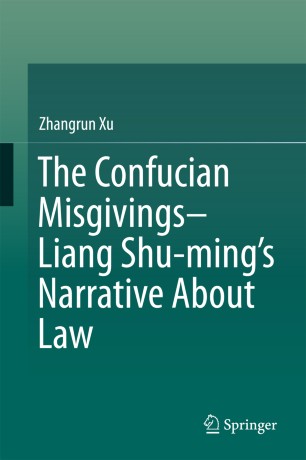 The major intellectual interest throughout this book is to offer a study on China's legal legacy, through Liang Shu-ming's eyes. The book follows the formula of the parallel between Life and Mind (人生与人心), Physis and Nomos, and compares Liang Shu-ming's narrative with his own practical orientation and with the theories of other interlocutors. The book puts Liang Shu-ming into the social context of modern Chinese history, in particular, the context of the unprecedented crisis of meaning in the legal realm and the collapse of a transcendental source for Chinese cultural identity in the light of modernity. The evaluation provided by this narrative could be helpful in clarifying the deep structures and significance of the present Chinese legal system through historically exploring Liang Shu-ming's misgivings.
The book is intended for academics of legal, history and cultural studies. The book is unique in that it is the first book to explore New Confucian's considerations on reconstruction of Chinese legal system in the modern era. It presents a comprehensive systematical comparison of Liang Shu-ming's narrative about constitutional government in China against other schools of thought.