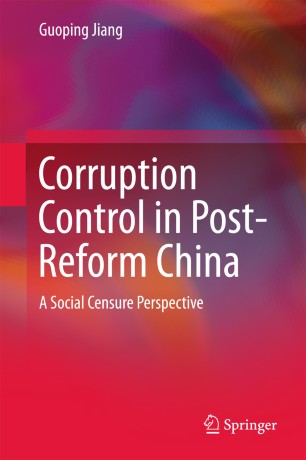 The book examines corruption control in post-reform China. Contrary to the normal perception that corruption is a type of behavior that violates the law, the author seeks to approach the issue from a social censure perspective, where corruption is regarded as a form of social censure intended to maintain the hegemony of the ruling bloc. Such an approach integrates societal structure, political goals, and agency into a single framework to explain dynamics in corruption control. With both qualitative data from officials in power and officials in jail and quantitative data from university students, the book explores how the censure on corruption was created and has been applied from 1978 to the present. Though primarily intended for academics, the book is also accessible for general audiences, especially given its intriguing perspective and use of firsthand data on corruption that cannot be found anywhere else.