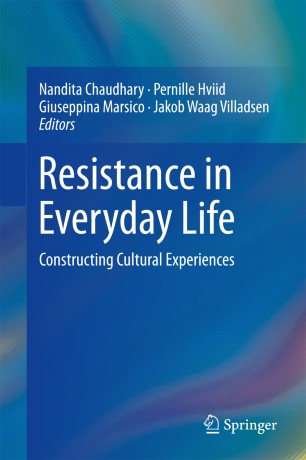 This book is about resistance in everyday life, illustrated through empirical contexts from different parts of the world. Resistance is a widespread phenomenon in biological, social and psychological domains of human cultural development. Yet, it is not well articulated in the academic literature and, when it is, resistance is most often considered counter-productive. Simple evaluations of resistance as positive or negative are avoided in this volume; instead it is conceptualised as a vital process for human development and well-being. While resistance is usually treated as an extraordinary occurrence, the focus here is on everyday resistance as an intentional process where new meaning constructions emerge in thinking, feeling, acting or simply living with others. Resistance is thus conceived as a meaning-making activity that operates at the intersection of personal and collective systems.

The contributors deal with strategies for handling dissent by individuals or groups, specifically dissent through resistance. Resistance can be a location of intense personal, interpersonal and cultural negotiation, and that is the primary reason for interest in this phenomenon. Ordinary life events contain innumerable instances of agency and resistance. This volume discusses their manifestations, and it is therefore of interest for academics and researchers of cultural psychology, cultural studies, anthropology, sociology, and human development.