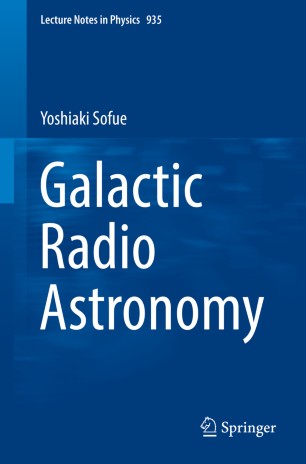 This book is a concise primer on galactic radio astronomy for undergraduate and graduate students, and provides wide coverage of galactic astronomy and astrophysics such as the physics of interstellar matter and the dynamics and structure of the Milky Way Galaxy and galaxies. Radio astronomy and its technological development have led to significant progress in galactic astronomy and contributed to understanding interstellar matter and galactic structures.
The book begins with the fundamental physics of radio-wave radiation, i.e., black body radiation, thermal emission, synchrotron radiation, and HI and molecular line emissions. The author then gives overviews of ingredients of galactic physics, including interstellar matter such as the neutral (HI), molecular hydrogen, and ionized gases, as well as magnetic fields in galaxies. In addition, more advanced topics relevant to the Galaxy and galaxies are also contained here: star formation, supernova remnants, the Galactic Center and black holes, galactic dynamics and dark-matter halos, magnetism of galaxies, interstellar gases in galaxies, and starbursts.

A unique feature of this book is its focus on how to analyze and interpret radio astronomical observation data and how to describe the underlying physics from such data. A wealth of figures and images will be a great help for undergraduate and graduate students to understand the contents. Furthermore, the well-summarized contents of theory and observation will appeal to young researchers as well.