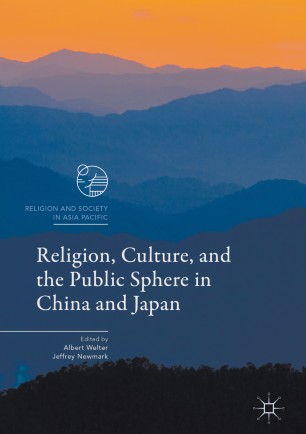 Religion, Culture, and the Public Sphere in China and Japan

This collection examines the impact of East Asian religion and culture on the public sphere, defined as an idealized discursive arena that mediates the official and private spheres. It contends that the actors and agents on the fringes of society were the most instrumental in shaping the public sphere in traditional and modern East Asia, and considers how these outliers contribute to religious, intellectual, and cultural dialog in the public sphere. When Jürgen Habermas conceptualized the public sphere in his seminal 1962 work The Structural Transformation of the Public Sphere, he asserted that  the discursive arena emerged from and grew within Western European bourgeoisie society in such settings as coffee houses, literary salons, and various print media. The sphere allows one to engage in matters of public interest in a forum separate from their private and official lives. Arguable overlooking certain topics, notably gender, minorities, and non--‐European civilizations, as well as the extent to which agency in the public sphere is effective in non‐Western societies (including East Asia) and the extent to which practitioners on the outskirts of mainstream society play a role in the public sphere. This volume responds to and builds upon this dialogue by addressing how religious, intellectual, and cultural agency in the public sphere shapes East Asian cultures, particularly the activities of those found on the peripheries of historic and modern societies.