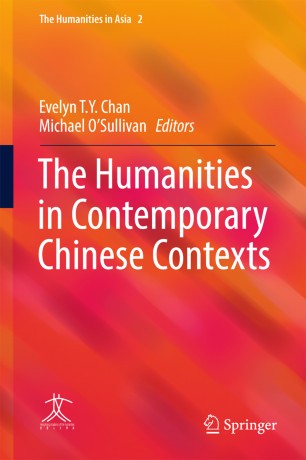 The Humanities in Contemporary Chinese Contexts

Part of the The Humanities in Asia book series (HIA, volume 2)

This book brings together the perspectives of eminent and emerging scholars on contemporary issues relevant to the practice, pedagogy and institutionalization of the humanities in the three Chinese contexts of Hong Kong, Taiwan, and mainland China. It addresses the need to investigate how humanities discussions, often exclusively drawn from, and grounded in, western contexts, are today being played out in these three places. The humanities in contemporary Chinese contexts may have different social and pedagogical roles, and a consideration of them will enable people to moderate, and perhaps even refute, claims made in the recent (re)readings of the humanities. As Asian universities rise in the global rankings and as east-west university collaborations and partnerships become more common, it is important that the nature, practice and institutionalization of the humanities in Hong Kong, Taiwan, and mainland China are explored and described for English readers. Exploring new perspectives arising from an examination of the humanities in these places, this volume aims neither to establish a position of polarity, which would pit western sites against Chinese ones, nor to argue for universal sameness. Rather, the goal is to find nuanced correspondences and differences between these various backgrounds, so that there is a greater understanding of the specificities of Chinese contexts. This will help shed light not only on the contexts in question, but also potentially on how to rearticulate the importance of the humanities in general, creating an intercultural dialogue focused on the humanities. As the global university strives to move the different traditions of learning closer together through international rankings, rubrics, and shared research agendas, it is important that we explore these locations of potential cultural exchange.