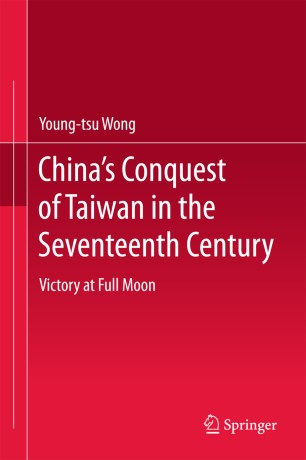 China’s Conquest of Taiwan in the Seventeenth Century

This is the first book to comprehensively cover the historical process leading to Taiwan’s integration with Mainland China in the seventeenth century. As such, it addresses the Taiwan question in the seventeenth century, presenting for the first time the process leading to the island’s integration with the mainland through the story of the Zheng family and Admiral Shi Lang.
The author has confirmed Zheng Chenggong (Koxinga)’s Ming loyalism and his politicization of the conflicts on the China coast. Thus, the author concludes that Zheng was a “revolutionary traditionalist” who transformed sheer violence into a political movement in an unprecedented way. He politicized the entire region and paved the way for the inevitable conflict with Mainland China. After repeated political talks had failed, the rising Qing China decided to take Taiwan by force. Though seaborne warfare was a formidable task at the time, the man who overcame these difficulties and completed the seemingly impossible mission was none other than Admiral Shi Lang.
The book provides a new and more justifiable assessment of the Admiral’s contribution to the conquest of Taiwan and pacification of coastal unrest. The book will be of interest to general readers as well as specialists researching security and warfare on the China coast.