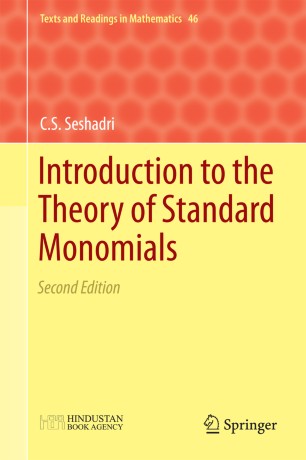 Introduction to the Theory of Standard Monomials

Part of the Texts and Readings in Mathematics book series (TRIM, volume 46)

The book is a reproduction of a course of lectures delivered by the author in 1983-84 which appeared in the Brandeis Lecture Notes series. The aim of this course was to give an introduction to the series of papers by concentrating on the case of the full linear group. In recent years, there has been great progress in standard monomial theory due to the work of Peter Littelmann. The author’s lectures (reproduced in this book) remain an excellent introduction to standard monomial theory.