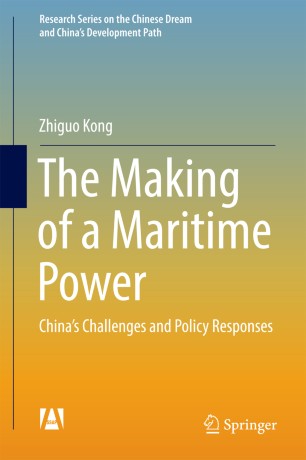 The Making of a Maritime Power

This book is a valuable work of reference for the study of sea power, especially in China. It analyzes the challenges and problems facing China’s sea power and offers a complete set of solutions known as ‘sea exploitation.’ In this context, it discusses five aspects of China’s sea power: 1) It revises the notion of sea power and proposes a cost-benefit analysis framework for it. It holds that sea power is undergoing major changes, that multivariate completion and peaceful competition have become mainstream, that negative and zero-sum games have become positive sum games, and that the pursuit of control over the sea has gradually developed into efforts to establish dominance in a partnership. 2) By analyzing the increase in the benefits of China’s sea power, the rise in the nation’s ability-to-pay principle and the growth in the public expectation of China’s capability of providing global public goods, it points out that the rise of China’s sea power is an unavoidable trend. 3) It explores the challenges and problems facing China’s sea power, arguing that China is currently in a situation where it is daunted by large countries, troubled by small countries and its neighbors are expanding their armaments, which have combined to increase the cost of improving China’s sea power. Meanwhile, factors such as strategy vacuum, poor oceanic management and polices tending to restrict ocean development have substantially undermined the benefits of China’s sea power. 4) It summarizes features of China’s sea power and stresses that dilemmas of non-sovereign sea power expansion and sovereign sea power expansion, traumatic pressure and transcendental ideals, escalated conflict and peaceful appeal, etc. require China to articulate its stance on sea power on the one hand and possess the wisdom to resolve sea power problems peacefully on the other. 5) It proposes that China should draw on the experience of the Western Han Dynasty of ancient China, which adopted a land exploitation strategy and introduced a sea exploitation strategy, offering a unique way to implement sea exploitation strategies in China based on domestic and foreign practices.