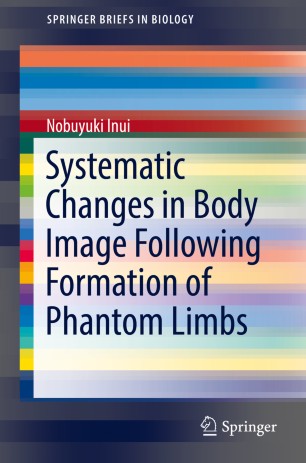 Part of the SpringerBriefs in Biology book series (BRIEFSBIOL)

This book presents new findings on body image and also introduces new neuroscience-based methods for the fields of neurology and neurorehabilitation. Even when the hand is stationary we know its position – information that is needed by the brain to plan movements. If the sensory input from a limb is removed as the result of an accident, or as part of an experiment with local anesthesia, then a ‘phantom’ limb commonly develops. We used ischemic anesthesia of one limb to study the mechanisms that define this phenomenon. Surprisingly, if the fingers, wrist, elbow, ankle, and knee are extended before and during an ischemic block, then the perceived limb is flexed at the joint and vice versa. Furthermore, the limb is perceived to move continuously with no default position. The key parameter for these illusory changes in limb position is the difference in discharge rates between afferents in the flexor and extensor muscles at a joint. The final position of the phantom limb depends on its initial position, suggesting that a body image uses incoming proprioceptive information for determination of starting points and endpoints when generating movements. In addition, the change in position does not involve limb postures that are anatomically impossible, suggesting that illusory posture is constrained by body maps. These results provide new information about how the brain generates phantom limbs.