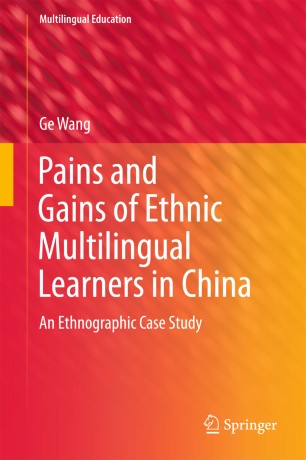 Pains and Gains of Ethnic Multilingual Learners in China

This book introduces an ethnographic case study of two English majors of ethnic minority at YUN, a local university of nationalities in southwest China. Drawing on the theories of post-structuralism and critical multiculturalism, this book mainly studies two female multilingual individuals in Yunnan, China. By scrutinizing university policies, curriculum, personal learning histories, and by discussing the unequal power relationship between national policies, school curricula, and ethnic multilingual learners，this book provides information at a micro-level on how the two ethnic minority students, who have acquired three languages (L1-native, L2-Mandarin Chinese, and L3-English), successfully navigate the Chinese higher education system as multilingual learners despite various tensions, difficulties, and challenges. How these students construct their multiple identities as well as significant factors affecting such identity construction is also discussed. This book will contribute to the scholarship of policy and practice in ethnic multilingual education in China by addressing the challenges for tertiary institutions and ethnic multilingual learners. The author also points out that multiculturalism as a discourse of education might help ease the tension of being an ethnic minority and a Chinese national, and reduce the danger of being assimilated or being marginalized.