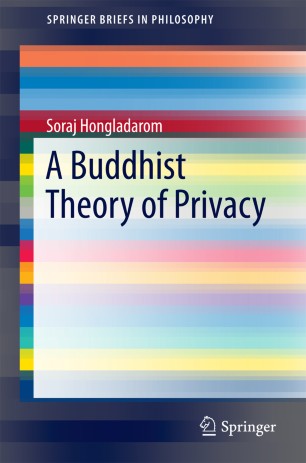 This book offers a new way to justify privacy based on a theory derived from Buddhist insights. It uses insights obtained from the Buddhist teachings on Non-Self to create an alternative theory of privacy. In doing so, the author first spells out the inherent differences between the Buddhist insights and the beliefs underlying conventional theories of privacy. While Buddhism views the self as existing conventionally through interactions with others, as well as through interrelations with other basic components, non-Buddhist ideas of self are understood as being grounded upon autonomous subjects, commonly understood to be entitled to rights and dignity. In light of this, the book offers ways in which these seemingly disparate concepts can be reconciled, while keeping in mind the need for protecting citizens’ privacy in a modern information society. It also argues that the new way of conceptualizing privacy, as presented in this book, would go a long way in helping unravel the difficult concept of group privacy.

Soraj Hongladarom is Professor of Philosophy and Director of the Center for Ethics of Science and Technology at Chulalongkorn University in Bangkok, Thailand. He has published books and articles on such diverse issues as bioethics, computer ethics, and the roles that science and technology play in the culture of developing countries. His concern is mainly on how science and technology can be integrated into the life-world of the people in the so-called Third World countries, and what kind of ethical considerations need to be addressed. A large part of this question concerns how information technology is integrated in the lifeworld of the Thai people, and especially how such integration is expressed in issues such as privacy and freedom of expression, as well as the use of information technology in education and how the roots of critical thinking can be found in Asian culture. He is editor of Information Technology Ethics: Cultural Perspectives (with Charles Ess), and of Food Security and Food Safety for the Twenty-First Century. His works have appeared in Ethics and Information Technology, Minds and Machines, The Information Society, AI & Society, Philosophy in the Contemporary World, and Social Epistemology, among others.