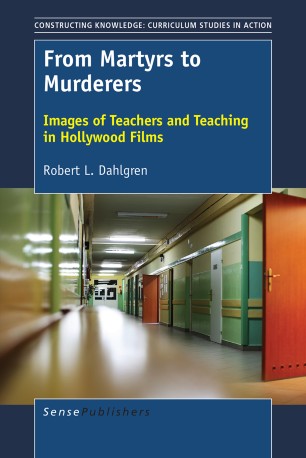 From Martyrs to Murderers

Images of Teachers and Teaching in Hollywood Films

In From Martyrs to Murderers, the author explores the connections between the dark, unflattering representations of public schools, teachers and teaching in popular Hollywood films and the conservative attacks on public education that have culminated in a generation of neo-liberal standards reform measures. The author’s analysis is based on a survey of 60 movies that feature significant interactions between public school teachers and their students. This study employed a textual analysis method involving viewing the films alongside original script material, which reveals that the narratives involving public schools during the late 20th century and early 21st century are distinct from those involving other types of schools or eras. Rather than the romantic figures of earlier portraits, such as Eve Arden’s beloved Our Miss Brooks in the 1940s and 1950s radio and television serial, these teachers are consistently portrayed as negative archetypes, thus providing a rationale for the school reform agenda of the 1980s. The sheer repetition of these damaging images in Hollywood products of the period made the American public more susceptible to the deceptive arguments outlined in A Nation at Risk, the seminal 1983 report that provided the blueprint for the standards reform movement that has dominated education policy for the past generation. This work thus develops upon the critical perspectives of educational historians and social studies educators who have probed this turning point in the history of American schooling. It also offers an alternative means of viewing the reality of life in the nation’s public institutions.