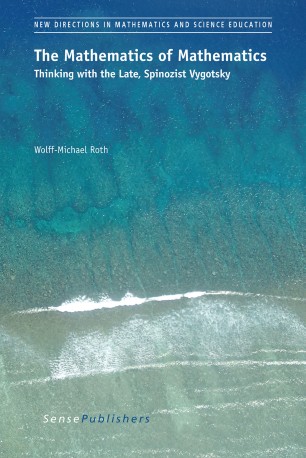 Thinking with the Late, Spinozist Vygotsky

This book takes up where L. S. Vygotsky has left off during the last few months of his life, when he renounced much of what he had done before. A month before Vygotsky died, he wrote in his notebook that he felt like Moses who had seen the promised land but was never allowed to set foot on it. The vision Vygotsky laid out during his final days had been influenced by his readings of the Dutch philosopher Baruch Spinoza and a book by Karl Marx published for the first time a year before Vygotsky died. In the present book, the author lays out a view of mathematics based on a monist view of knowing, learning, and development. Just as the essence of what is specifically human, the mathematics of mathematics exists in the ensemble of societal relations. For the individual, this means that mathematical thinking and reasoning was a society-typical relation with another person first, often the teacher. Using data from a variety of situations, including school students as well as scientists, the book develops some fundamental concepts and categories for mathematics education research, including the thinking body, sociogenesis, the intra-intersubjective field, pereživanie (experience), obučenie (teaching | learning), and drama.