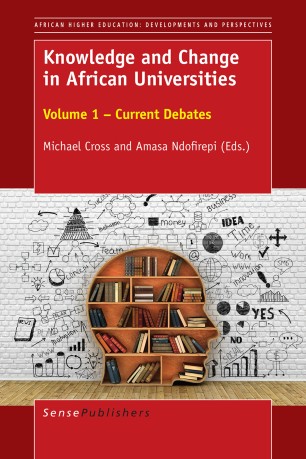 Knowledge and Change in African Universities

Besides the ongoing concern with the epistemological and theoretical hegemony of the West in African academic practice, the book aims at understanding how knowledge is produced and controlled through the interplay of the politics of knowledge and current intellectual discourses in universities in Africa. In this regard, the book calls for African universities to relocate from the position of object to subject in order to gain a form of liberated epistemological voice more responsive to the social and economic complexities of the continent. In itself, this is a critical exposé of contemporary practices in knowledge advancement in the continent. Broadly the book addresses the following questions: How can African universities reinvent knowledge production and dissemination in the face of the dominant Eurocentricism so pervasive and characteristic of academic practice in Africa to enhance their relevance to the contexts in which they operate? How can such change, particularly at knowledge production and distribution levels, be undertaken, without falling into an intellectual and discursive ghettoization in the global context? What then is the role of academics, policy makers and curriculum and program designers in dealing with biases and distortions to integrate policies, knowledge and pedagogy that reflect current cultural diversity, both local and global? Against this backdrop, while some contributions in this book argue that emancipatory epistemic voice in African universities is not yet born, or it is struggling with little success, many dissenting voices charge that if Africans do not take responsibility and construct knowledge strategies for their own emancipation, who will?