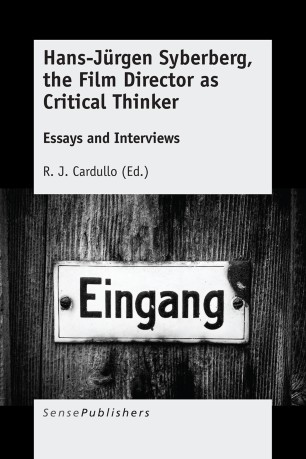 "Hans-Jürgen Syberberg is an original, the most controversial of all the New German directors and a figure who has long been at the vanguard of the resurgence of experimental filmmaking in his homeland. Syberberg’s most characteristic films examine recent German history: a documentary, for example, about Richard Wagner’s daughter-in-law, who was a close friend of Hitler (The Confessions of Winifred Wagner [1975]). But especially “historical” is his trilogy covering one hundred years of Germany’s past, including, most famously, Hitler—A Film from Germany, also known as Our Hitler (1977). In this film and other works, Syberberg unites fictional narrative and documentary footage in a style that is at once cinematic and theatrical, mystical and magical.
Hans-Jürgen Syberberg, the Film Director as Critical Thinker: Essays and Interviews is the first edited book in English devoted to this director’s work, and includes his most important English-language interviews as well as some of the best English-language essays on his work. In sum, this book is a significant contribution not only to the study of Syberberg’s oeuvre, but also to the study of German history and politics in the second half of the twentieth century."