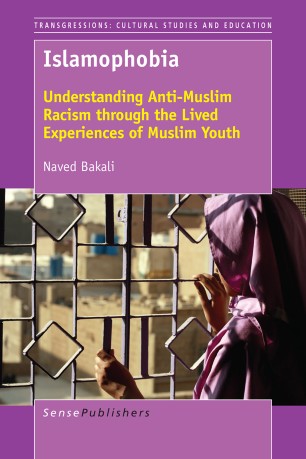 Understanding Anti-Muslim Racism through the Lived Experiences of Muslim Youth

The 9/11 terror attacks and the ensuing War on Terror have profoundly impacted Muslim communities across North America. Islamophobia: Understanding Anti-Muslim Racism through the Lived Experiences of Muslim Youth is a timely exploration of the experiences of young Canadian Muslims and the challenges they have encountered since 9/11. Through framing anti-Muslim racism, or ‘Islamophobia’, from a critical race perspective, Naved Bakali theorizes how racist treatment of Muslims in public and political spheres has been mediated through the War on Terror. Furthermore, he examines the lived experiences of Muslim youth as they navigate issues relating to race, gender, identity, and politics in their schools and broader society. This book uncovers systemic bias and racism experienced by Muslim youth in a climate that is increasingly becoming hostile towards Muslims. Ultimately, the findings detailed in this work suggest that anti-Muslim racism in the post-9/11 era is inextricably linked to the effects of the War on Terror in the North American context. Moreover, Islamophobia is also impacted by localized practices, policies, and nationalist debates. This book is a unique contribution to the field of anti-racism education as it examines systemic and institutionalized racism towards Muslims in Canadian secondary schools in the context of the War on Terror.