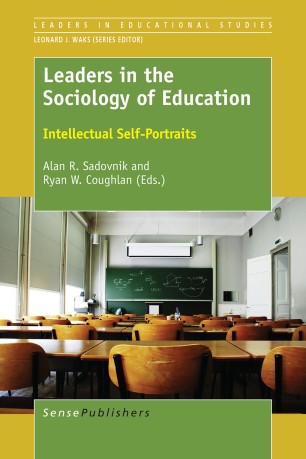 Leaders in the Sociology of Education

Part of the Leaders in Educational Studies book series (LES)

Leaders in the Sociology of Education: Intellectual Self-Portraits contains eighteen self-portraits written by some of the leading sociologists of education in the world. Representing the United States, the United Kingdom, and Hong Kong, the authors discuss a variety of factors that have affected their lifetime of scholarship, including their childhoods, their education and mentors, the state of the field during their “coming of age,” the institutions where they have worked, the major sociologists during their lifetimes, the political and economic conditions during their lifetimes, and the social and political movements during their lifetimes. These autobiographical essays reveal a great deal not only about their work and their influences, but also about themselves. Taken as a whole, the book provides sociology of knowledge about the creation of sociology of education research since the 1960s. It reveals a number of important themes central to all of the authors’ work, including educational inequality; the influence of the classical sociological theorists, Karl Marx, Max Weber and Emile Durkheim; and the influence of more recent classical sociologists of education, Basil Bernstein, Pierre Bourdieu and James Coleman. The authors’ research represents a variety of theoretical and methodological orientations including functionalism, conflict and critical theory, interactionist theory and feminist theory, as well as quantitative, qualitative and mixed-methods research. Finally, the editors discuss a number of lessons to be learned from the lives and works of these sociologists of education.