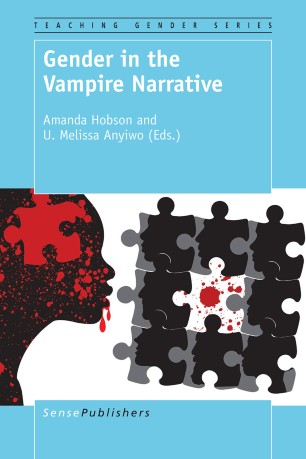 Gender in the Vampire Narrative

Gender in the Vampire Narrative addresses issues of masculinity and femininity, unpacking cultural norms of gender. This collection demonstrates the way that representations of gender in the vampire narrative traverse a large scope of expectations and tropes. The text offers classroom ready original essays that outline contemporary debates about sexual objectification and gender norms using the lens of the vampire in order to examine the ways those roles are undone and reinforced through popular culture through a specific emphasis on cultural fears and anxieties about gender roles. The essays explore the presentations of gendered identities in a wide variety of sources including novels, films, graphic novels and more, focusing on wildly popular examples, such as The Vampire Diaries, True Blood, and Twilight, and also lesser known works, for instance, Byzantium and The Blood of the Vampire. The authors work to unravel the ties that bind gender to the body and the sociocultural institutions that shape our views of gendered norms and invite students of all levels to engage in interdisciplinary conversations about both theoretical and embodied constructions of gender. This text makes a fascinating accompanying text for many courses, such as first-year studies, literature, film, women’s and gender studies, sociology, popular culture or media studies, cultural studies, American studies or history. Ultimately this is a text for all fans of popular culture.
“Hobson and Anyiwo chase the vampire through history and across literature, film, television, and stage, exploring this complexity and offering insightful and accessible analyses that will be enjoyed by students in popular culture, gender studies, and speculative fiction. This collection is not to be missed by those with an interest in feminist cultural studies – or the undead.” – Barbara Gurr, University of Connecticut
“Hobson and Anyiwo push the boundaries of the scholarship as it has been written until now.” –Catherine Coker, Texas A&M University
Amanda Hobson is Assistant Dean of Students and Director of the Women’s Resource Center at Indiana State University.
U. Melissa Anyiwo is a Professor of Politics & History and Coordinator of African American Studies at Curry College in Massachusetts.