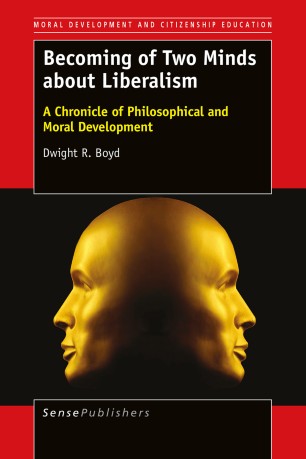 Becoming of Two Minds about Liberalism

A Chronicle of Philosophical and Moral Development

Integrating scholarly essays and personal reflections, Becoming of Two Minds chronicles a unique philosophical odyssey, a developmental journey of coming to recognize the inadequacy of liberalism in the face of some egregious social problems such as racism, while also appreciating its strengths. A Personal Prologue describing the main intellectual influences on the author locates the origins of the journey and functions as a backdrop for its interpretation. Fifteen chronologically organized essays, divided into three parts, identify significant positions of contrast between the two minds, establishing the direction of the journey and indications of change. Essays in Part I reflect early allegiance to liberalism and explore its core ideas as they should be interpreted to guide moral education. Those in Part II express disaffection with that allegiance, taking a distinctly critical stance toward liberalism. Part III then consists of essays that represent attempts to come to terms with the becoming of two minds exemplified in the tension between the ideas about liberalism expressed in Parts I and II. A Personal Preface also introduces each of the fifteen essays. These Prefaces address questions such as why the problem of the essay was chosen, why it was approached in a particular way, and what place the essay assumes in the direction the author’s journey takes.