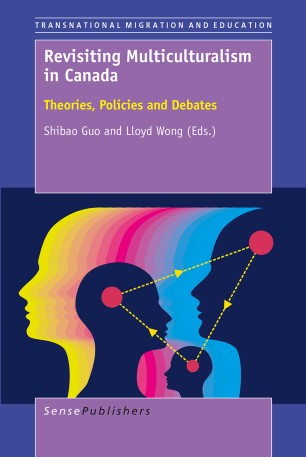 Part of the Transnational Migration and Education book series (TMAE)

In 1971 Canada was the first nation in the world to establish an official multiculturalism policy with an objective to assist cultural groups to overcome barriers to integrate into Canadian society while maintaining their heritage language and culture. Since then Canadas practice and policy of multiculturalism have endured and been deemed as successful by many Canadians. As well, Canadas multiculturalism policy has also enjoyed international recognition as being pioneering and effectual. Recent public opinion suggests that an increasing majority of Canadians identify multiculturalism as one of the most important symbols of Canadas national identity. On the other hand, this apparent successful record has not gone unchallenged. Debates, critiques, and challenges to Canadian multiculturalism by academics and politicians have always existed to some degree since its policy inception over four decades ago. In the current international context there has been a growing assault on, and subsequent retreat from, multiculturalism in many countries. In Canada debates about multiculturalism continue to emerge and percolate particularly over the past decade or so. In this context, we are grappling with the following questions:  What is the future of multiculturalism and is it sustainable in Canada?  How is multiculturalism related to egalitarianism, interculturalism, racism, national identity, belonging and loyalties?  What role does multiculturalism play for youth in terms of their identities including racialization?  How does multiculturalism play out in educational policy and the classroom in Canada? These central questions are addressed by contributions from some of Canadas leading scholars and researchers in philosophy, psychology, sociology, history, education, religious studies, youth studies, and Canadian studies. The authors theorize and discuss the debates and critiques surrounding multiculturalism in Canada and include some very important case studi