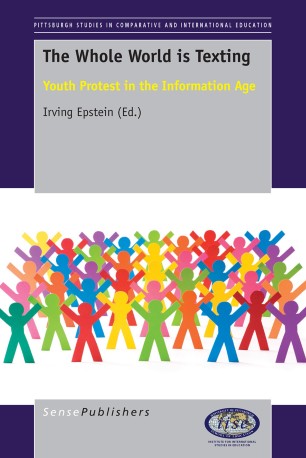 The Whole World is Texting

Youth Protest in the Information Age

The authors of this volume address multiple questions involving the nature of youth protest in the twenty-first century. Through their use of a case study approach, they comment upon the ways in which youth protest has been influenced by the electronic and social media and evaluate the effectiveness of protest activities, many of which were framed in reaction to neo-liberalism and state authoritarianism. A number of the authors further comment upon the utility of employing social movement theory to analyze the nature and character of protest actions, while others situate such events within specific political, social and cultural contexts. The case studies focus upon protest activities in Bahrain, Turkey, Iran, Cambodia, South Africa, China, Russia, Chile, Spain, and the U.S., and together, they offer a comparative analysis of an important global phenomenon. In so doing, the authors further address issues involving the changing nature of globalized protest participation, its immediate and long-term consequences, and the ways in which protests have encouraged a re-evaluation of the nature of inequality, as constructed within educational, social, and political spheres.