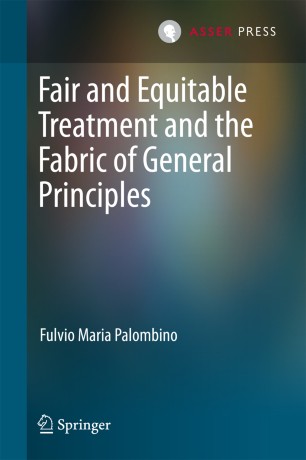 Fair and Equitable Treatment and the Fabric of General Principles

investor-State arbitration. Hence, it is no overstatement to describe this standard as the

basic norm of international investment law. Yet both its meaning and normative basis

continue to be shrouded in ambiguity and, as a consequence, to inspire a considerable

number of interpretations by legal writers. The book’s precise aim is to unravel such

ambiguity, arguing from the idea that FET has become part of the fabric of general international

law, but has done so by means of a source somewhat neglected in legal doctrine.

law, i.e. those principles having their own foundations in the international legal order

itself, but which, through the mediation of the judge, end up being shaped according

to the features typical of a specific normative field. The book, as well as having a solid

theoretical backdrop as its basis, offers a careful and critical analysis of pertinent case

law, and will prove useful to both scholars and practitioners.