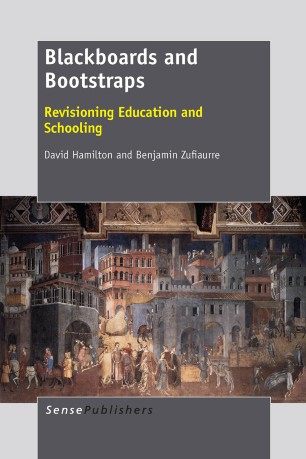 "Blackboards and Bootstraps: Revisioning education and schooling contributes to an international conversation about public education that, in recent decades, has been attenuated if not silenced by advocates of neoliberalism, marketisation and neocorporatism. Written for a wide audience, this book is not a manifesto for the twenty-first century. It is more of an invitation than a blueprint. In drawing a distinction between education and schooling, it identifies, recovers and explores many ideas about education and schooling that are no less important to the practice of the present than they were to the pedagogues of the past. The introduction questions the role of schooling in the future trajectory of spaceship earth. The remainder of the book considers these questions by revisiting a range of ideas that underpin current practice. It launches itself by returning to the sixteenth century, a time when the organisation and conduct of modern schooling took shape around a new set of terms – syllabus, class, curriculum and didactics – that, in their Latin forms not only became prominent in the international educational lexicon but also survived into the twentieth century. By the First World War, there was an international awareness that schooling is not the same as education. Schooling originally for the land-owning, mercantile and commercial elites of the sixteenth century had only partially engaged with the visions of democratic schooling voiced in the eighteenth century Enlightenment and the subsequent extension of suffrage and national and sexual liberation movements. Impressed by the universalistic achievements of the Renaissance and the Enlightenment, the authors raise the prospect of a new educational humanism in the globalised world of the twenty-first century. "