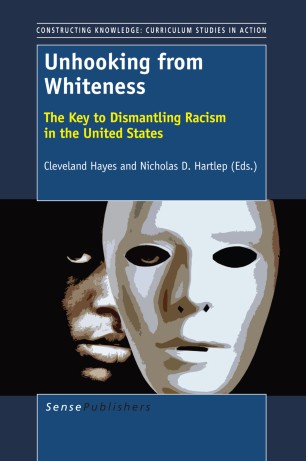 The purpose of Unhooking from Whiteness: The Key to Dismantling Racism in the United States is to reconsider the ways and strategies in which antiracist scholars do their work, as well as to provide pragmatic ways in which people – White and of color – can build cross-racial, cross-communal, and cross-institutional coalitions to fight White supremacy. Employing the methodology of autoethnography, each chapter in this book illustrates the individual journey that the chapter contributor took to “unhook” him or herself from Whiteness. Unhooking from Whiteness explains Whiteness in ways never conceptualized before. The chapters suggest approaches to “unhooking” from Whiteness, while sharing the authors’ continual struggles to identify and eradicate the role of Whiteness in education and society in the United States. The contributors to Unhooking from Whiteness offer us the invaluable gift of their stories, humble reflections on commitments to racial justice and complicities with racial injustice. But they aren’t merely stories – and this is the brilliance of the book – they are invitations into a reconsideration of the “common sense” discussions about the nature of white privilege, the possibility of white anti-racism, and the pervasive tug of whiteness. This is the rare book that shifts the angle and changes the conversation. Paul Gorski, Coordinator of the Social Justice Concentration, George Mason University