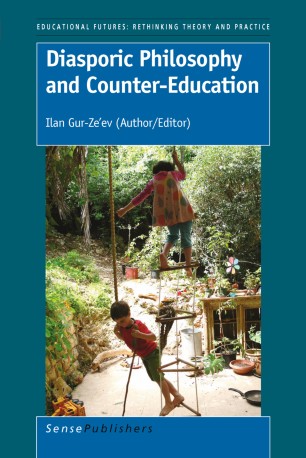 Diasporic Philosophy and Counter-Education addresses the challenges inflicted by the celebrated "new progressivism". It confronts the current omnipotent progressive anti-humanistic fire and its triumphant anti-Western redemptive crusade at all levels and dimensions of life under the post-metaphysical sky. In this book Diasporic counter-education does not surrender to the celebrated temptations of  new-age nomadism as an alternative to the postmodern pleasure-machine's promise. It attempts to reach beyond the total war against the Jewish spirit and its manifestation in Western oppressive identity.  It refuses any version of the continuum, "radical" or "conservative" self-indulgence, as well as current nihilist-pragmatic quests for self-forgetfulness. Diasporic awakening is a potentially universal and enduring erotic art of a never-to-be-concluded-self-constitution and re-positioning.  The aim of this book is for it to become part of a new beginning in the face of the new global culture of mega-speeds, the exile of the humanist killer of God, the deconstruction of pre-conditions for transcendence and the growing probability of bringing to an End of all life on earth. This book seeks to become a waking call for improvisational co-poiesis; a counter-education that will groom us to become more courageous in responding to the invitation of hope, making humankind richer in the realization of our response-ability to Love of Life.