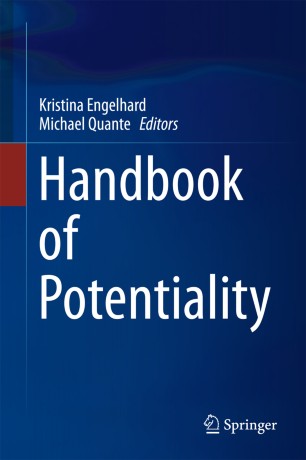 Potentials play an important role not only in our everyday understanding of objects, persons and systems but also in the sciences. An example is the potential to become an adult human person. Moreover, the attribution of potentials involves crucial ethical problems. Bioethics makes references to the theoretical concept "potential" without being able to clarify its meaning. However, despite its relevance it has not been made subject of philosophical investigation. Mostly, potentials are regarded as a subspecies of dispositions. Whilst dispositions are a flourishing field of research, potentials as such have not come into focus. Potentials like dispositions are modal properties. But already a first glance at the metaphysics of potentials shows that concerning their ascription potentials are more problematic than dispositions since "potential" means that an entity has the potential to acquire a property in the future. Therefore, potentials involve a time structure of the entities in question that is much more complex than those of dispositions.

This handbook brings this important concept into focus in its various aspects for the first time. It covers the history of the concept as well as contemporary systematic problems and will be of special interest for philosophers in the fields of general metaphysics, philosophy of science and ethics, especially bioethics. It will also be of interest to scientists and persons concerned with bioethical problems.