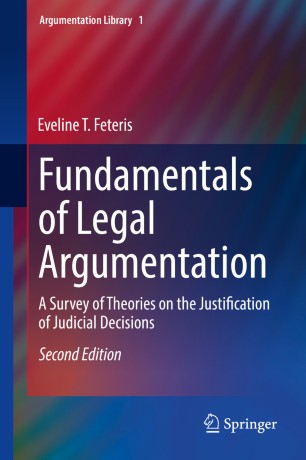 A Survey of Theories on the Justification of Judicial Decisions

The book contains a discussion of influential theories that conceive the law and legal justification as argumentative activity. From different disciplinary and theoretical angles it addresses such topics as the institutional characteristics of the law and the relation between general standards for moral discussions and legal standards such as the Rule of Law. It discusses patterns of legal justification in the context of different types of problems in the application of the law and it describes rules for rational legal discussions.

The combination of the sound basis of the first edition and the discussions of new developments make this new edition an up-to-date and comprehensive survey of the various theoretical influences which have informed the study of legal argumentation. It discusses salient backgrounds to this field as well as major approaches and trends in the contemporary research. It surveys the relevant theoretical factors both from various continental law traditions and common law countries.