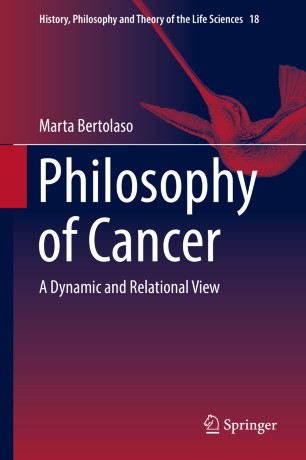 A Dynamic and Relational View

Part of the History, Philosophy and Theory of the Life Sciences book series (HPTL, volume 18)

Since the 1970s, the origin of cancer is being explored from the point of view of the Somatic Mutation Theory (SMT), focusing on genetic mutations and clonal expansion of somatic cells. As cancer research expanded in several directions, the dominant focus on cells remained steady, but the classes of genes and the kinds of extra-genetic factors that were shown to have causal relevance in the onset of cancer multiplied. The wild heterogeneity of cancer-related mutations and phenotypes, along with the increasing complication of models, led to an oscillation between the hectic search of ‘the’ few key factors that cause cancer and the discouragement in face of a seeming ‘endless complexity’. To tame this complexity, cancer research started to avail itself of the tools that were being developed by Systems Biology. At the same time, anti-reductionist voices began claiming that cancer research was stuck in a sterile research paradigm. This alternative discourse even gave birth to an alternative theory: the Tissue Organization Field Theory (TOFT). A deeper philosophical analysis shows the serious limits of both reductionist and anti-reductionist positions and of their polarization. This book demonstrates that a radical philosophical reflection is necessary to drive cancer research out of its impasses. At the very least, this will be a reflection on the assumptions of different kinds of cancer research, on the implications of what cancer research has been discovering over 40 years and more, on a view of scientific practice that is most able to make sense of the cognitive and social conflicts that are seen in the scientific community (and in its results), and, finally, on the nature of living entities with which we entertain this fascinating epistemological dance that we call scientific research. The proposed Dynamic and Relational View of carcinogenesis is a starting point in all these directions.