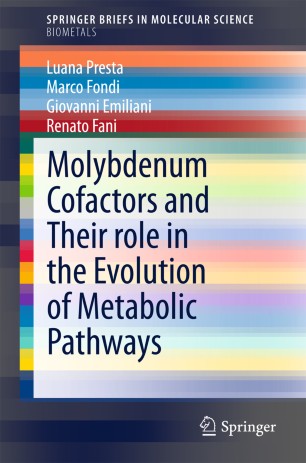 Molybdenum Cofactors and Their role in the Evolution of Metabolic Pathways

In this brief, the authors explore and review the current knowledge regarding the role of molybdenum in the evolution of biological systems and their interaction with biogeochemical cycles. Special emphasis is placed on biological nitrogen fixation and the nitrogen element cycle.

The trace element molybdenum is essential for nearly all organisms and forms the catalytic center of a large variety of enzymes such as nitrogenase, nitrate reductases, sulphite oxidase and xanthine oxidoreductases.