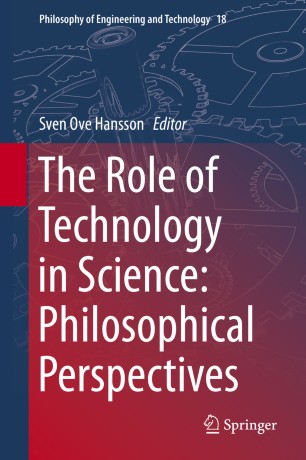 The Role of Technology in Science: Philosophical Perspectives

Part of the Philosophy of Engineering and Technology book series (POET, volume 18)

This edited volume explores the interplay between philosophies in a wide-ranging analysis of how technological applications in science inform our systems of thought. Beginning with a historical background, the volume moves on to explore a host of topics, such as the uses of technology in scientific observations and experiments, the salient relationship between technology and mechanistic notions in science, and the ways in which today’s vast and increasing computing power helps scientists achieve results that were previously unattainable.

Technology allows today’s researchers to gather, in a matter of hours, data that would previously have taken weeks or months to assemble. It also acts as a kind of metaphor bank, providing biologists in particular with analogies (the heart as a ‘pump’, the nervous system as a ‘computer network’) that have become common linguistic currency. This book also examines the fundamental epistemological distinctions between technology and science and assesses their continued relevance. Given the increasing amalgamation of the philosophies of science and technology, this fresh addition to the literature features pioneering work in a promising new field that will appeal both to philosophers and scientific historiographers. ​