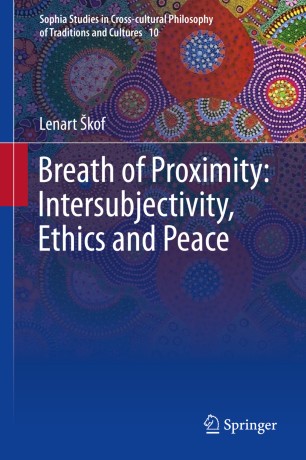 Part of the Sophia Studies in Cross-cultural Philosophy of Traditions and Cultures book series (SCPT, volume 10)

This book offers an original contribution towards a new theory of intersubjectivity which places ethics of breath, hospitality and non-violence in the forefront. Emphasizing Indian philosophy and religion and related cross-cultural interpretations, it provides new intercultural interpretations of key Western concepts which traditionally were developed and followed in the vein of re-conceptualizations of Greek thought, as in Nietzsche and Heidegger, for example. The significance of the book lies in its establishment of a new platform for thinking philosophically about intersubjectivity, so as to nudge contemporary philosophy towards a more sensitive approach, which is needed in our times. Intended for philosophers, feminists and others concerned with intercultural philosophy, the book will appeal to readers interested in contemporary ethical and political theories. A Breath of Proximity will benefit all who seek a more sensitive approach in philosophy and often-neglected practical layers of our everyday intersubjective relations.

Life as breath: such is the grand theme of Lenart Škof's wonderful new book. Ranging from Indian Vedic writings to Heidegger and Irigaray, Breath of Proximity cuts across the tired analytic/continental distinction in philosophy and proposes an ethical cosmology based on our human dwelling. A breath of fresh air!

Lenart Škof wrote a very interesting book on breath and breathing which expresses and analyzes the essence of human existence. The breath or wind is the core point of humans. As you know, you will read in John 3.8 that the humans are born from the wind. The breath and wind have something to do with the ethics of being human, because humans live with breath and breathing. Ethics is essentially a way of life through breathing.

Tadashi Ogawa is Professor of Philosophy Emeritus at Kyoto University

Breath and breathing are central themes of Asian philosophies since ancient times. This was also the case in ancient Europe. But we forgot about this dimension in our academic discourse. The book of Lenart Škof brings into sight that well known Western philosophers of the 20th century picked this topic up again. The book is the most notable and far-reaching attempt to rediscover the fundamental dimension of breath and breathing for the contemporary discourse of philosophy.

Rolf Elberfeld is Professor of Philosophy at the University of Hildesheim