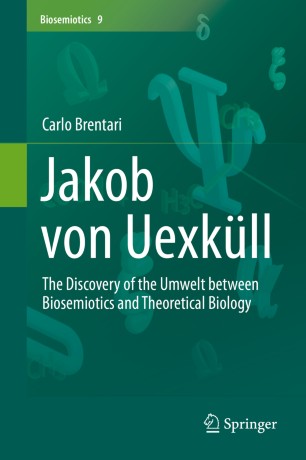 The Discovery of the Umwelt between Biosemiotics and Theoretical Biology

The book is a comprehensive introduction to the work of the Estonian-German biologist Jakob von Uexküll. After a first introductory chapter by Morten Tønnessen and a second chapter on Uexküll's life and philosophical background, it contains four chapters devoted to the analysis of his main works; they are followed by a vast eighth chapter which deals with the influence Uexküll had on other philosophers and scientists, and by a conclusions focused on the possibility of updating Uexküll’s work. The monograph combines a careful reconstruction of the historical context in which the Uexküllian concepts emerged (the debate between mechanism and vitalism, contemporary scientific studies) and a thorough analysis of the philosophical contents of the Uexküllian views. As far as the key issue is concerned, Uexküll’s notion of Umwelt refers to the perceptive and operative world which surrounds animal species; it is a subjective species-specific construction which provides living organisms with great security and behaviour stability. Moreover, the relationship that the animal carries out with its environment proves to be a complex system of semiotic interactions: its behaviour is not a set of mechanical reactions, but the result of a spontaneous attribution of meaning to the outside world, whose environmental elements are actively interpreted by the subject.  The environment of animal species becomes a field of meaning, an exceedingly complex subjective elaboration; this can lessen the distance between animals and men, crediting both with the cognitive ability to grasp meanings and to use signs.