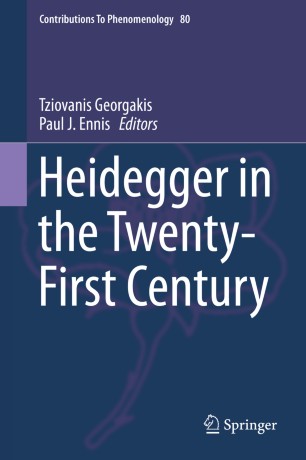 Heidegger in the Twenty-First Century

Part of the Contributions To Phenomenology book series (CTPH, volume 80)

The current volume is comparative and inter-disciplinary, and it provides a reflection on what thinking might become after Heidegger’s philosophy. Its aim is to critically expand the current field of research by presenting unfamiliar and unchartered avenues that will guide and carry the Heidegger scholarship into the twenty-first century. By doing so, it addresses fundamental questions in the Heideggerian scholarship, including its problems, restraints, and future direction. It also engages and broadens the increasingly disparate approaches to Heidegger’s work, whether those approaches are traditional in their employment of phenomenology and hermeneutics or whether they apply to Heidegger’s thinking in new and surprising ways. The first section of the volume emphasizes the importance of methodology for the future of Heidegger studies while the second section examines the historical, ethical and vocal-poetical in Heidegger’s thought and draws conclusions relevant to the Heidegger scholar of today. The final section demonstrates Heidegger’s appeal to a variety of other discourses besides philosophy and the way his thinking could be creatively approached, utilized and implemented in our century. Contributions come from cutting-edge scholars such as Babette E. Babich, Dermot Moran, François Raffoul and Trish Glazebrook.