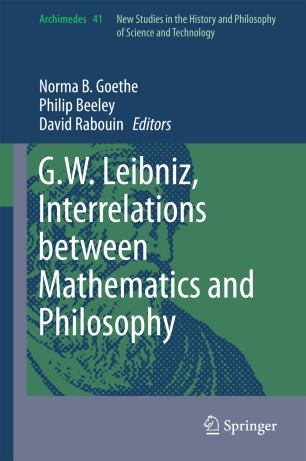 Up to now there have been scarcely any publications on Leibniz dedicated to investigating the interrelations between philosophy and mathematics in his thought. In part this is due to the previously restricted textual basis of editions such as those produced by Gerhardt. Through recent volumes of the scientific letters and mathematical papers series of the Academy Edition scholars have obtained a much richer textual basis on which to conduct their studies - material which allows readers to see interconnections between his philosophical and mathematical ideas which have not previously been manifested. The present book draws extensively from this recently published material. The contributors are among the best in their fields. Their commissioned papers cover thematically salient aspects of the various ways in which philosophy and mathematics informed each other in Leibniz's thought.