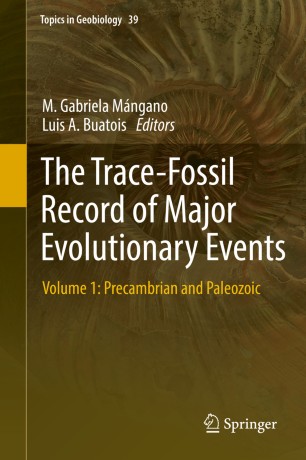 Part of the Topics in Geobiology book series (TGBI, volume 39)

This volume addresses major evolutionary changes that took place during the Ediacaran and the Paleozoic. These include discussions on the nature of Ediacaran ecosystems, as well as the ichnologic signature of evolutionary radiations, such as the Cambrian explosion and the Great Ordovician biodiversification event, the invasion of the land, and the end-Permian mass extinction.

This volume set provides innovative reviews of the major evolutionary events in the history of life from an ichnologic perspective. Because the long temporal range of trace fossils has been commonly emphasized, biogenic structures have been traditionally overlooked in macroevolution. However, comparisons of ichnofaunas through geologic time do reveal the changing ecology of organism-substrate interactions. The use of trace fossils in evolutionary paleoecology represents a new trend that is opening a window for our understanding of major evolutionary radiations and mass extinctions. Trace fossils provide crucial evidence for the recognition of spatial and temporal patterns and processes associated with paleoecologic breakthroughs.