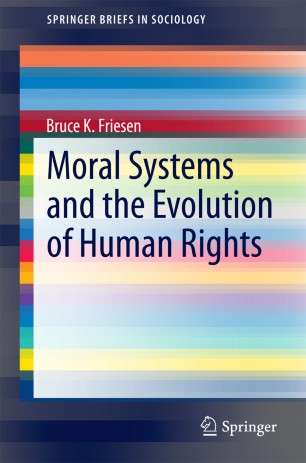 Moral Systems and the Evolution of Human Rights

This volume offers a comprehensible account of the development and evolution of moral systems.  It seeks to answer the following questions: If morals are eternal and unchanging, why have the world’s dominant religious moral systems been around for no more than a mere six thousand of the two hundred thousand years of modern human existence?  What explains the many and varied moral systems across the globe today?  How can we account for the significant change in moral values in one place in less than 100 years’ time? Using examples from classical civilizations, the book demonstrates how increasing diversity compromises a moral system’s ability to account for and integrate larger populations into a single social unit. This environmental stress is not relieved until a broader, more abstract moral system is adopted by a social system.  This new system provides a sense of belonging and purpose for more people, motivating them to engage in prosocial (or moral) acts and refrain from socially disruptive selfish acts.  The current human rights paradigm is the world’s first universal, indigenous moral system.  Because moral systems can be expected to continue to evolve, this book points to current boundaries of the human rights paradigm and where the next major moral revolution might emerge.  ​