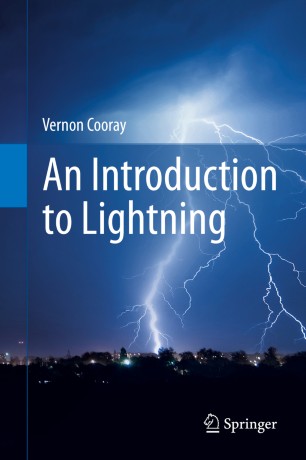 An Introduction to Lightning

This book about lightning summarizes the essence of physics and effects of lightning in a non-technical manner and provides an up-to-date description of the phenomenon of lightning in simple language. Starting with the myths related to lightning, the reader is introduced to the mechanism of lightning flashes and their interactions with humans, human-made systems and Earth’s environment. Most of the available books on lightning are written for the experts in the field and there is a need for a book that introduces the undergraduate and beginning post graduate students to the subject of lightning and prepares them for more advanced books meant for the experts. This introductory book, which is based on a series of lectures given to undergraduate and postgraduate students in electrical engineering, is intended to fill this need. Tailored to the needs of university students who plan to study electrical engineering, meteorology, environmental or basic physics, it is also a valuable reference resource for laymen who are interested in knowing more on this phenomenon.

Vernon Cooray received his Ph.D. degree in Electricity with special attention to electrical transients and electrical discharges from Uppsala University, Sweden, in 1982. In the year 2000, he was promoted to the rank of full professor in electricity with special attention to transients and electrical discharges at the division for electricity of Uppsala University. From 2000 – 2002 he was the head of the Division for Electricity in the Department of Engineering Sciences.