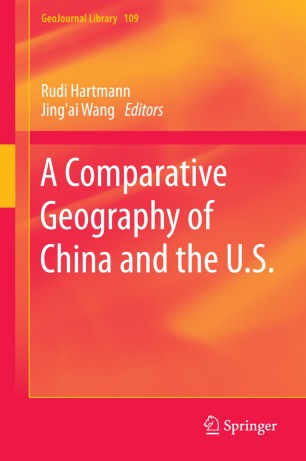 A Comparative Geography of China and the U.S.

The book is the outcome of a unique venture: a team of Chinese geographers and a team of American geographers collaborated on a new Comparative Geography of China and the United States. The book meets a high demand for comparative information about China and the United States, as the home of the two leading economies in a globalizing world. Comparisons of the two countries include the similarities and differences in their physical environments and natural hazards, the growth and changing spatial distribution of population and ethnic groups in China and the U.S., traditions and contemporary regional expressions of agriculture and food production as well as the rapidly changing urban and industrial patterns in both countries. The book also highlights the two countries’ interconnectedness, in trade and in the exchange of cultural, social, scientific and technological information. The volume serves as a major resource in geographic education as it contributes to a better and more comprehensive understanding of the formation and development of the two countries’ basic geographical patterns and processes.

“The task to document and explain the geography of China and the US has been widely considered to be so challenging and ambitious that few scholars are courageous and competent enough to take. Yet this daunting task has been dealt with so elegantly and creatively here. I have found the book informative, inspirational, illuminating, and very much readable. This is an excellent addition to the expanding library of China studies that would be widely welcome and highly appreciated by the students of contemporary China studies. Hartmann and Wang as well as their colleagues have made an outstanding contribution to geography and China studies that will cast a long shadow over the future journey of scholarly enquiry.”