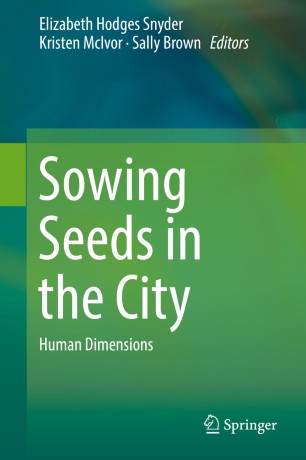 Sowing Seeds in the City

A majority of the world’s population lives in cities. Urban areas have largely been disconnected from the processes associated with producing food. A broad range of community efforts have emerged to reconnect people in urban areas to fresh foods with expected benefits for public health.  These efforts can be found in cities across the country and cross both economic and ethnic lines. They have been led by the non- scientific community and are best characterized as social movements. Expansion of agriculture to non- traditional areas including community or kitchen gardens in urban or peri- urban environments has the potential to provide a range of ecosystem services as well as reduce stressors on non- urban environments. These services/benefits include improved public health, improved human nutrition and diet, large-scale production of renewable resources, increased food security with less resilience on traditional agricultural landscapes and seascapes, enhanced ecosystem function in urban areas, and increased public appreciation for and understanding of ecosystem services.  ​