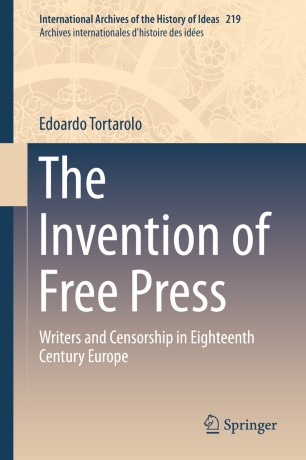 The Invention of Free Press

Tracking the relationship between the theory of press control and the realities of practicing daily press censorship prior to publication, this volume on the suppression of dissent in early modern Europe tackles a topic with many elusive and under-researched characteristics. Pre-publication censorship was common in absolutist regimes in Catholic and Protestant countries alike, but how effective it was in practice remains open to debate. The Netherlands and England, where critical content segued into outright lampoonery, were unusual for hard-wired press freedoms that arose, respectively, from a highly competitive publishing industry and highly decentralized political institutions. These nations remained extraordinary exceptions to a rule that, for example in France, did not end until the revolution of 1789.

Here, the author’s European perspective provides a survey of the varying censorship regulations in European nations, as well as the shifting meanings of ‘freedom of the press’. The analysis opens up fascinating insights, afforded by careful reading of primary archival sources, into the reactions of censors confronted with manuscripts by authors seeking permission to publish. Tortarolo sets the opinions on censorship of well-known writers, including Voltaire and Montesquieu, alongside the commentary of anonymous censors, allowing us to revisit some common views of eighteenth-century history. How far did these writers, their reasoning stiffened by Enlightenment values, promote dissident views of absolutist monarchies in Europe, and what insights did governments gain from censors’ reports into the social tensions brewing under their rule? These questions will excite dedicated researchers, graduate students, and discerning lay readers alike.