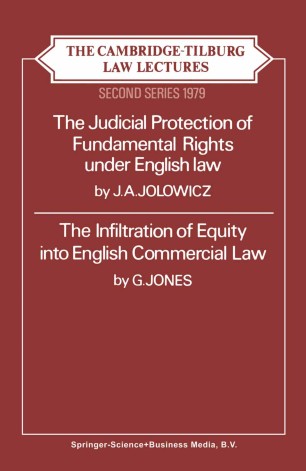 The year 1978 marked the thirtieth anniversary of Professor C. J. Ham­ son's 'Summer course for foreign lawyers' and of his untiring efforts not only to introduce the civil lawyer to the mysteries of the Common law but also to bring closer together lawyers from both sides of the Channel. The same year saw the beginning of the 'Cambridge-Tilburg Law Lectures' wh ich developed indirectIy from the 'Summer course' and which seek to achieve similar aims by different methods. The idea of inviting two Cambridge scholars to assist their Dutch col­ leagues in the teaching of the Common law as a regular option for under­ graduate studies is novel and, to judge from first reactions, has so far been successful. The immediate objects are to achieve closer links be­ tween lawyer and Civillawyer; to encourage the further systematic teach­ ing of the Common law; and to produce aseries of lectures, two of which will be published annually in the hope that they may be of inter­ est to a wider public.