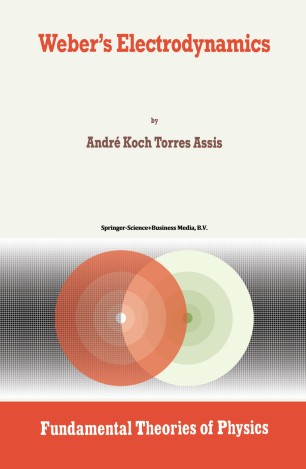 "Great progress has been made in electrical science, chiefly in Germany, by cultivators of the theory of action at a distance. The valuable electrical measurements of W. Weber are interpreted by him according to this theory, and the electromagnetic speculation which was originated by Gauss, and carried on by Weber, Riemann, F. and C. Neumann, Lorenz, etc. , is founded on the theory of action at a distance, but depending either directly on the relative velocity of the particles, or on the gradual propagation of something, whether potential or force, from the one particle to the other. The great success which these eminent men have attained in the application of mathematics to electrical phenomena, gives, as is natural, additional weight to their theoretical speculations, so that those who, as students of electricity, turn to them as the greatest authorities in mathematical electricity, would probably imbibe, along with their mathematical methods, their physical hypothesis. These physical hypotheses, however, are entirely alien from the way of looking at things which I adopt, and one object which I have in view is that some of those who wish to study electricity may, by reading this treatise, come to see that there is another way of treating the subject, which is no less fitted to explain the phenomena, and which, though in some parts it may appear less definite, corresponds, as I think, more faithfuHy with our actual knowledge, both in what it affirms and in what it leaves undecided.