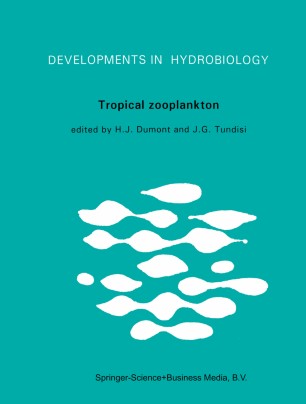 Part of the Developments in Hydrobiology book series (DIHY, volume 23)

Our knowledge of the limnology of the waters situated, roughly, between the tropics of cancer and of capricorn, has depended for a long time on the expedition-approach, and therefore developed in a rather irregular, haphazard way, with the personal incentive of a small number of individuals as the main driving force. Things slowly started to change in the 1950s, and at an accelerating rate in the 1960s and 1970s. The IBP, and later the SCOPE and MAB programs, whatever their shortcomings are or may have been, promoted in-depth research of a small number of tropical lakes. For one thing, they showed the need for the creation of in situ limnological research institutes. When, in the 1970s, limnological research facilities or their nuclei began to appear in the tropical zones of all continents, an interesting phenomenon occurred: while most of the young native limnologists had received their training in advanced centres or courses held in the temperate (and developed) climatic zones, quite a few of their former supervisors or their associates became interested in warm lakes and rivers as well, using the new or newly expanded local institutes. We are, today, still in this phase and it is, apparently, expanding even further. Although not all experiments of this kind lead to happy marriages, a few were quite successful, and several papers contained in the present volume are hoped to reflect this.