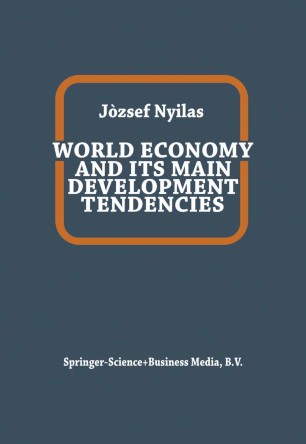 A great many socio-economic events of the utmost importance have taken place in rapid succession in the historically short period of hardly more than three decades. After the Second World War the pace of socio-economic progress has experienced an unprecedented acceleration. This is nothing new in itself. Social formations and the corresponding productive forces prior w socialism had also followed each other at a rapidly increasing rate. Acceleration can also be witnessed in the accumulation of human knowledge, in the fielc;ls of science and technology. Parallel with the development of the productive forces, the growth of population has been exponential. More than one and a half thousand years were needed for the world population to double since the beginning of our era, whereas it takes now less than 40 years. The emergence of capitalism, the appearance of mechanized mass production brought about a radical change in the general progress of human civilization. It opened up the machine age. The classics of Marxism highly appreciated the new power and labour machines and the resulting growth in production, and stated that the productive forces created under capitalism had far surpassed those brought about by all earlier societies taken together. This is true even though the technology of that time looked upon in hindsight had produced hardly more than primitive steam engines and simple labour machines which have by now become, for the most part, relics of technical history.