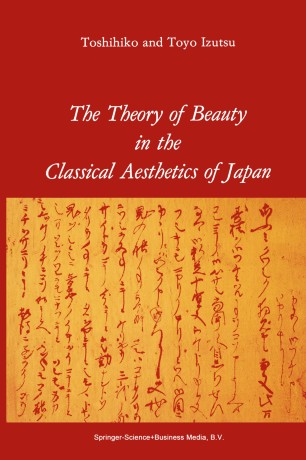 The Theory of Beauty in the Classical Aesthetics of Japan

The Japanese sense of beauty as actualized in innumerable works of art, both linguistic and non-linguistic, has often been spoken of as something strange to, and remote from, the Western taste. It is, in fact, so radically different from what in the West is ordinarily associated with aesthetic experience that it even tends to give an impression of being mysterious, enigmatic or esoteric. This state of affairs comes from the fact that there is a peculiar kind of metaphysics, based on a realization of the simultaneous semantic articulation of consciousness and the external reality, dominating the whole functional domain of the Japanese sense of beauty, without an understanding of which the so-called 'mystery' of Japanese aesthetics would remain incomprehensible. The present work primarily purports to clarify the keynotes of the artistic experiences that are typical of Japanese culture, in terms of a special philosophical structure underlying them. It consists of two main parts: (1) Preliminary Essays, in which the major philosophical ideas relating to beauty will be given a theoretical elucidation, and (2) a selection of Classical Texts representative of Japanese aesthetics in widely divergent fields of linguistic and extra-linguistic art such as the theories of waka-poetry, Noh play, the art of tea, and haiku. The second part is related to the first by way of a concrete illustration, providing as it does philological materials on which are based the philosophical considerations of the first part.