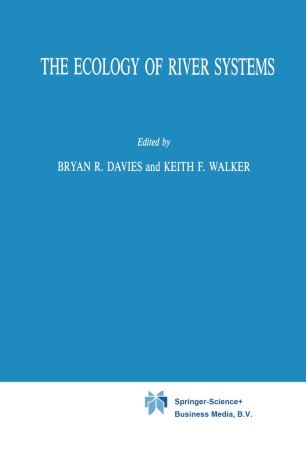 The Ecology of River Systems

Our understanding of the ecology of running waters has come a long way during the past few years. From being a largely descriptive subject, with a few under­ tones concerned with such things as fisheries, pollution or control of blackflies, it has evolved into a discipline with hypotheses, such as the River Continuum Concept (Vannote et a/. 1980), and even a book suggesting that it offers opportunity for the testing of ecological theory (Barnes & Minshall 1983). However, perusal of the literature reveals that, although some of the very early studies were concerned with large rivers (references in Hynes 1970), the great mass of the work that has been done on running water has been on streams and small rivers, and information on larger rivers is either on such limited topics as fisheries or plankton, scattered among the journals, or not available to the general limnologist. The only exceptions are a few books in this series of publications, such as those on the Nile (Rz6ska 1976), the Volga (Morduckai­ Boltovskoi 1979) and the Amazon {Sioli 1984), and the recent compendium by Whitton (1984) on European rivers, among which there are a few that rate as large.