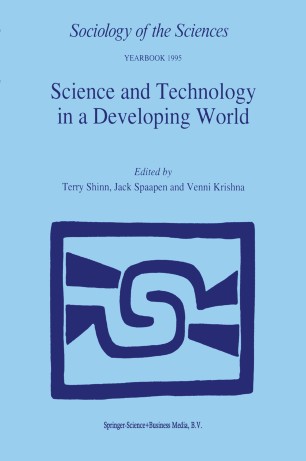 Science and Technology in a Developing World

Part of the Sociology of the Sciences book series (SOSC, volume 19)

block possible Soviet expansion by mobilizing European "democracies", the policy soon extended to some developing countries in Asia and Latin America. In response, the USSR gradually initiated development programs for newly independent nations in Asia and Africa. In this context, super power rivalry operated in the South to (i) expand spheres of influence and control; (ii) guard Southern nations from the influence and incursions launched by the opposed camp; (iii) stimulate indigenous development. With few exceptions, Southern nations provided little input to the definition and execution of North-South dynamics during this period. In the case of Africa and to some extent Asia, the acquisition of independence was so recent and often sudden that there was little time to reflect on the kind of policies and measures needed to build bal­ anced relations with the former mother country. In Latin America, the Monroe Doctrine had long insured that the region was a virtual captive of the US. Aid for development was contingent on conformity to US political and economic interests. The cognitive component of South-North dealings strongly reflected the two above mentioned dispositions. The relative lack of political experience in the South. and the dearth of an organized and sizable intellectual/academic community, meant that there were few cognitive and human resources for undertaking careful study and analysis of the conditions and needs of develop­ ment from a Southern perspective (influential exceptions existed though, such as Raul Prebisch in Latin America or Ghandi in India).