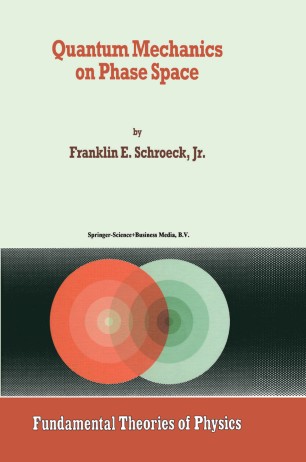 In this monograph, we shall present a new mathematical formulation of quantum theory, clarify a number of discrepancies within the prior formulation of quantum theory, give new applications to experiments in physics, and extend the realm of application of quantum theory well beyond physics. Here, we motivate this new formulation and sketch how it developed. Since the publication of Dirac's famous book on quantum mechanics [Dirac, 1930] and von Neumann's classic text on the mathematical foundations of quantum mechanics two years later [von Neumann, 1932], there have appeared a number of lines of development, the intent of each being to enrich quantum theory by extra­ polating or even modifying the original basic structure. These lines of development have seemed to go in different directions, the major directions of which are identified here: First is the introduction of group theoretical methods [Weyl, 1928; Wigner, 1931] with the natural extension to coherent state theory [Klauder and Sudarshan, 1968; Peremolov, 1971]. The call for an axiomatic approach to physics [Hilbert, 1900; Sixth Problem] led to the development of quantum logic [Mackey, 1963; Jauch, 1968; Varadarajan, 1968, 1970; Piron, 1976; Beltrametti & Cassinelli, 1981], to the creation of the operational approach [Ludwig, 1983-85, 1985; Davies, 1976] with its application to quantum communication theory [Helstrom, 1976; Holevo, 1982), and to the development of the C* approach [Emch, 1972]. An approach through stochastic differential equations ("stochastic mechanics") was developed [Nelson, 1964, 1966, 1967].