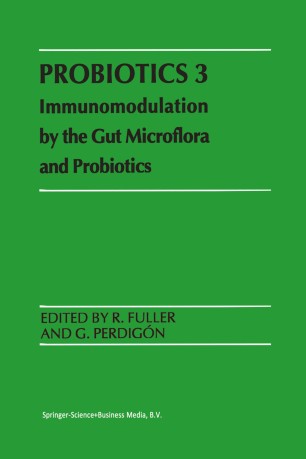 Immunomodulation by the Gut Microflora and Probiotics

The way in which probiotics work is still not clearly defined, but it is becoming more and more apparent that immune stimulation is an important feature in some of the observed effects. In the previous two books in this series the scientific basis and the practical applications were considered. It seemed that the immunogenic potential of probiotics merited a book of its own with experts from all over the world covering the general effect of the gut microflora on immunity as well as the particular response that pro biotic microorganisms generate. The importance of immune stimulation by probiotic organisms cannot be overemphasised. It opens up the technique for use, not only as a treatment for intestinal diseases, but also as a treatment that could be effective against infections outside the gastrointestinal tract. This book considers how the body reacts to the presence of orally administered microorganisms (normally lactic acid bacteria). The responses may be in the form of antibodies (lgA, IgG, IgM), cytokines, killer cells or macrophage activity. Do these responses result in antagonism of the stimulating bacteria, do they affect the composition of the indigenous gut microflora and are they sufficienty strong to kill bacterial pathogens or tumour cells? Where we have answers these will be reported and discussed; where there are no answers there will be speculation and prediction.